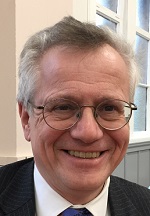 Professor Murray Pittock : Robert Burns & the Scottish Economy
Professor Murray’s talk avoided the usual Burns fare at this time of the year. Not the sentimental and nostalgic ‘When chapman billies leave the street…’ of Tam O’Shanter nor ‘Wee, sleekit, cow’rin tim’rous beastie, of the Ode to a Mouse, etc as most of us have come to expect on Burn’s Anniversary. No, it was down to hard tacks on Burn’s continuing contribution to the Scottish Economy.
The Scottish Government want to know why people come to Scotland; what motivates them? Data on this is limited and the Government commissioned Murray’s team to do a study to shed more light. One undertaken for the BBC in 2003 by economist Lesley Campbell suggested that Burn’s value to the economy was £157 million. According to Murray’s study the present value is now £203 million. An increase of about 30% since 2003. However, the study identified additional ‘brand value’ of £139.5 million devised from economic models of people’s ‘Willingness to Pay’ that bit extra for the Burn’s image. If you think this is a lot, it is estimated that Mozart’s brand adds $5 billion to the Austrian Economy.
In getting to these conclusions Murray spent some time addressing the methodology used. This would normally be boring. However, Murray illuminated the significance of the measures used in estimating the economic worth of Burns to the economy. It’s not possible to do justice to Murray’s examples in this short article. However, we learned that it is possible to prove that people will pay more for Cultural Value attached to things. It has been well established through price indexing people will pay more for a house in a cathedral city. And, indeed, the Burns effect is evident in house prices in Alloway. In a topical contrast, Murray observed that big infrastructure projects have been found to have no lasting impact on house values and may depress them; eg HSR2!
In terms of motivations for people coming to Scotland, culture is strong. Robert Burns and Sir William Wallace are significant magnets. Yet with respect to science and technology, in which Scotland is also strong, think James Watt, Lord Kelvin, James Clark Maxwell, etc, we are weak. However, all is not lost, as it turns out that cultural tourists spend about 30% more than other tourists. This is because they are more likely to stay overnight to soak up the cultural atmosphere of Burns and the places he once lived and worked.
Murray was at pains to say their study always erred on the cautious side on their estimates of value. He pointed out that some 9.5 million people have a Burns supper across the world each year. Murray’s team’s assumption was that each individual would have had one tot of whisky to assess the value to the Whisky industry. Members chuckled at the gross under-estimate! However, this was the approach adopted across the spectrum to avoid over-hyping the economic benefits.
The Study has come up with many recommendations for government, more than can be covered here. However, they included many easy things to deliver. For example, re-name Prestwick Airport to Burns International Airport. (Good enough for Liverpool’s John Lennon Airport.) Brand locally produced food and drink with our cultural icons, it works for the Duchy of Cornwall after all! Enhance signage on the

main routes such as the M74 and M77, to cement the ‘brand’, not to mention make it easier to find the cultural spots.
The question and answer session was productive. Beyond asking normal questions, it was clear members desired to amplify the opportunities to build on the Burns brand. For example, the question was asked ‘Can’t we emulate the North Coast 500 Route in Ayrshire and Dumfries and Galloway?’ An obvious sign that Murray had got his message over. Many thanks for this stimulating talk, Murray.

One thought on “Murray Pittock talk”