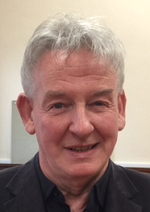 Jim Duffy is a retired Police Officer who served with Strathclyde Police Force from December 1975 to May 2007.   Prior to retirement Jim held the rank of Inspector and the position of Chairman of Strathclyde Police federation Joint Branch Board.

Before retiring from the Police service he argued for the legalisation of all currently illegal drugs as, in his view, the War against Drugs will never be won in the current climate of prohibition.   Since his retirement he has become a member of LEAP (Law Enforcement Against Prohibition), an American based organisation, comprising of many serving and former law enforcement agents and prosecutors who believe that the only way to deal with the menace of drugs is to take control of them through legislation.

Jim is a member of the Rotary Club of Loudon.

One thought on “Jim Duffy”