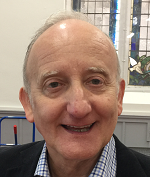 Duncan MacLaren was educated at the Universities of Glasgow (Celtic Studies and German) and Edinburgh (Theology and Development Studies) as well as Julius-Maximilian University in Würzburg, Germany. He was the first Executive Director of the Scottish Catholic International Aid Fund (SCIAF/Caritas Scotland) and served for thirteen years from 1983 until 1995 before joining the staff of the General Secretariat of Caritas Internationalis as Head of International Programmes in the Vatican. He was elected as Secretary General of the Confederation in 1999 and demitted office in 2007. He then became a Visiting Professor at Australian Catholic University (ACU) in Sydney for six months and stayed six years. He coordinated a programme to offer tertiary education to camp-based Burmese refugees as well as migrants in Thailand. He still teaches development studies to the Burmese students on the Thai-Burma border. He introduced a new degree in international development studies at ACU and taught it and Catholic social ethics until he returned to Scotland at the end of 2013. He is an Adjunct Professor of ACU, a published writer in development and refugee studies as well as Catholic Social Teaching and is finalising doctoral studies in theology at the University of Glasgow.  In 2004, he was named ‘Alumnus of the Year’ by the University of Edinburgh for his humanitarian work and, in 2015, he was made a Knight Commander of the Order of St Gregory the Great by Pope Francis. He is a lay member of the Dominican Order.