Alex, a second year PhD student, at the MRC-University of Glasgow Centre for Virus Research (CVR) asked the question ‘Is tick-borne disease a growing threat?’  A question she endeavoured to answer in her well detailed description of tick types, their characteristics and the diseases they can carry.  And, while the answer may be that the threat is currently low, it’s clear that climate change and other changing human factors suggest that there are few grounds for complacency.  Members therefore welcomed being given tips on how to avoid being bitten by ticks such as tucking long trousers into your socks, sticking to paths or low grass fields and using insect repellents.  Alex also gave a global overview on tickborne diseases.  This included a passing reference to the Crimean Congo haemorrhagic fever virus which can cause multiple organ failure followed by an unpleasant death!  A clear indication, if any was required, that tickborne diseases can pose a severe risk to health.  In short, the ‘horror scale’ of risk involved caught people’s attention even if the threat is low!

A photo of a muffin with five ticks, shared by the CDC on twitter, was shown by Alex.  The eagle eyed spotted them but this author may have eaten them so small were they!  We learn that they have eight legs like spiders and are known to have been around for about 120 million years.  It’s believed they fed off feathered dinosaurs.  Fascinatingly, some of the evidence for what we know is found contained in amber!  And, to keep the scientists happy, the amber entrapped ticks allowed them to model both fed and unfed conditions.  This confirms little has changed over the millennia.  Alex showed a slide which shows ticks becoming engorged over four days increasing the body size manyfold.  However, a feeding session can last as long as 10 days – it appears ticks enjoy feeding slowly!  The close up photo of the tick’s mouth with its scalpel sharp jaws and barbs to keep the mouth in place once feeding starts is not for the faint hearted. 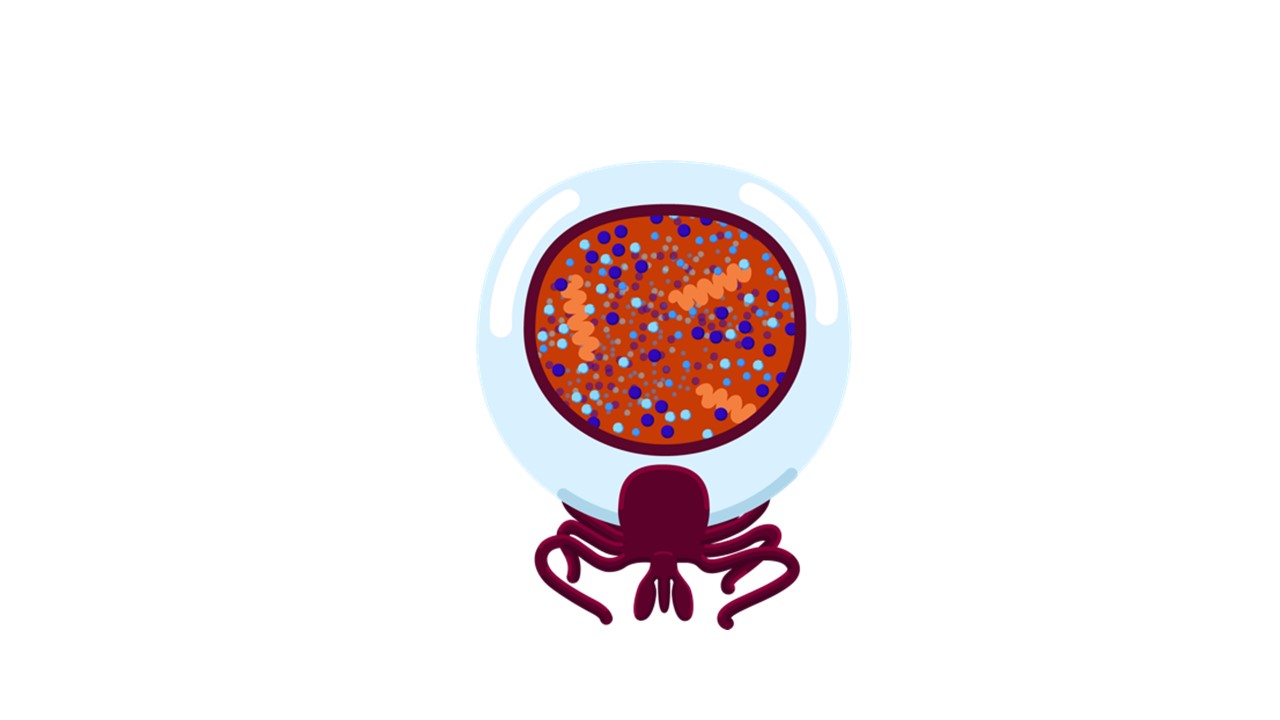 There were too many ticks mentioned by Alex to cover here. Suffice to say that of the twenty ticks found in the UK, the ticks most likely to feed off humans are, in ascending scale, dog ticks, hedgehog ticks and deer or sheep ticks.  These three ticks account for 99% of all human bites in the UK.  They are most active between March and October and thrive in warm temperatures, high humidity and where there is a healthy population of hosts.  The ticks means of hunting is described as ‘questing’.  They climb up grass or bushes aiming to latch on to passing animals, including human ones, by use of barbs and sticky pads on their legs.  Ticks seek and search targets through scent, heat and movement and will travel some distance in search of prey.  Intriguingly ticks don’t breathe frequently, perhaps once to fifteen times an hour, which means that they are less likely to drown if people try to wash them off. 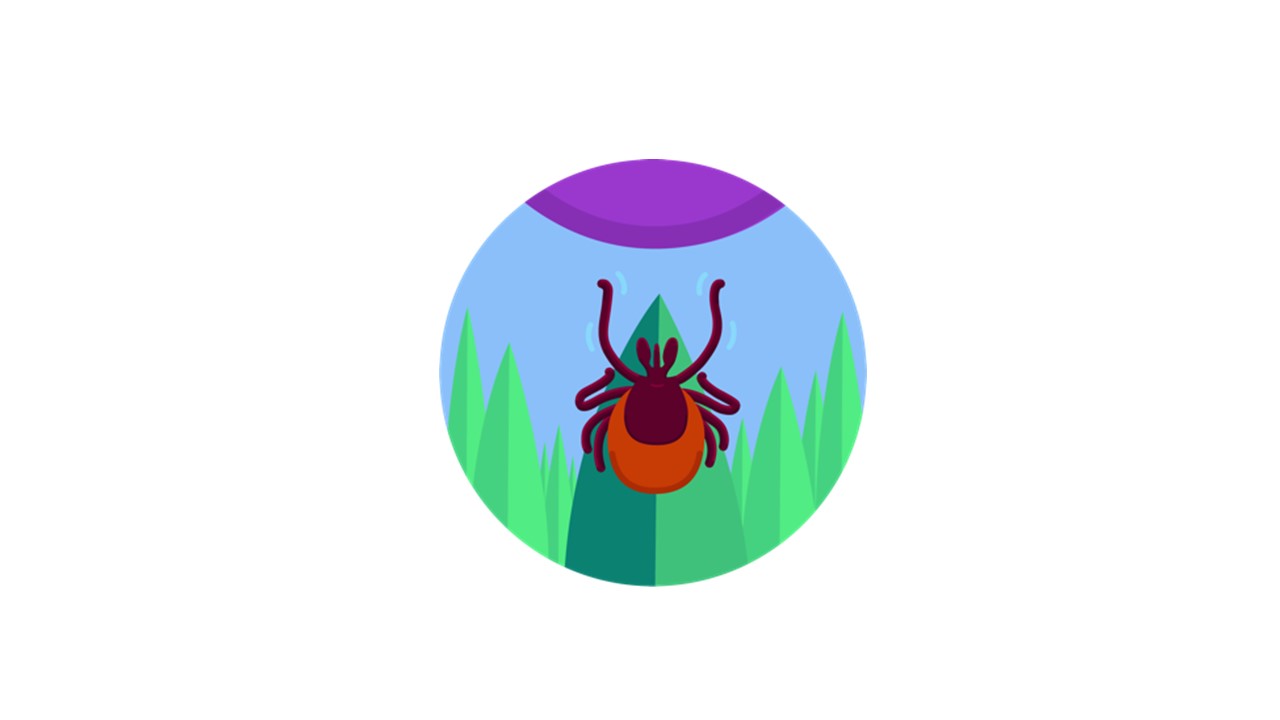 So what do we have to fear in Scotland if bitten?  Well you can choose between bacteria, parasites and viruses.  However, a passing reference to some tickborne pathogens being considered as potential candidates for bioweapons did catch attention!  Thankfully this does not include any of the species found in the UK.  The bacteria include the causative agent of Lyme disease (Borrelia), Anaplasma and Q-fever, the parasites include Babesia, thought to be brought by birds from Scandinavia, causing red water fever and the viruses include ‘louping ill’, a name derived from the effect of the disease on sheep because they ‘loup’ into the air.  However, as one listened to Alex, it sounds as if most of the diseases cause asymptomatic or mild infections which are difficult to diagnose.  But, if ignored, can have more severe outcomes.  Some of which affect the central nervous system such as Lyme disease.  The other nasty aspect of tickborne infections is that the ticks can be carrying more than one disease so that those bitten can be co-infected with more than one disease.  This has issues for people who are immunocompromised.  For this author the bottom line is that if you have been walking in the countryside and are feeling off colour in the following 30 days, stick to Alex’s advice and visit your GP and hope he or she has had rural practice experience.  Anecdotal evidence suggests they are more tuned into the effects of tick bites and will give appropriate treatments more speedily.

Alex, of course, having highlighted the risks, didn’t neglect giving advice on how to prevent getting bitten as mentioned earlier.  Simple measures include wearing long trousers and tucking them into your socks and sticking to paths or low grass fields.  Light coloured clothing can help you spot ticks and make it easier to brush off.  Insect spray repellent such as DEET on clothes or skin discourage ticks. And, if you have pets, use tick treatment and give them anti-tick collars.  Not forgetting, after a day out, to check yourself and furry friends for ticks.  If you find a tick, do not disturb the body, and don’t crush the tick or apply irritants such as alcohol or Vaseline as this can make them regurgitate their gut contents and increase risk of exposure.  Instead, use tweezers or a tick removal tool to gently remove the tick by its mouth pulling slowly upward.  Tweezers and other purpose made tools (available in outdoor stores and chemists) can make the task easier.  Alex commended people to try and take a picture of removed ticks because it can be useful to doctors and vets as it gives clues as to what might be infecting you.  Last, but not least, dispose of the tick safely in a bag, maybe with a spot of alcohol. 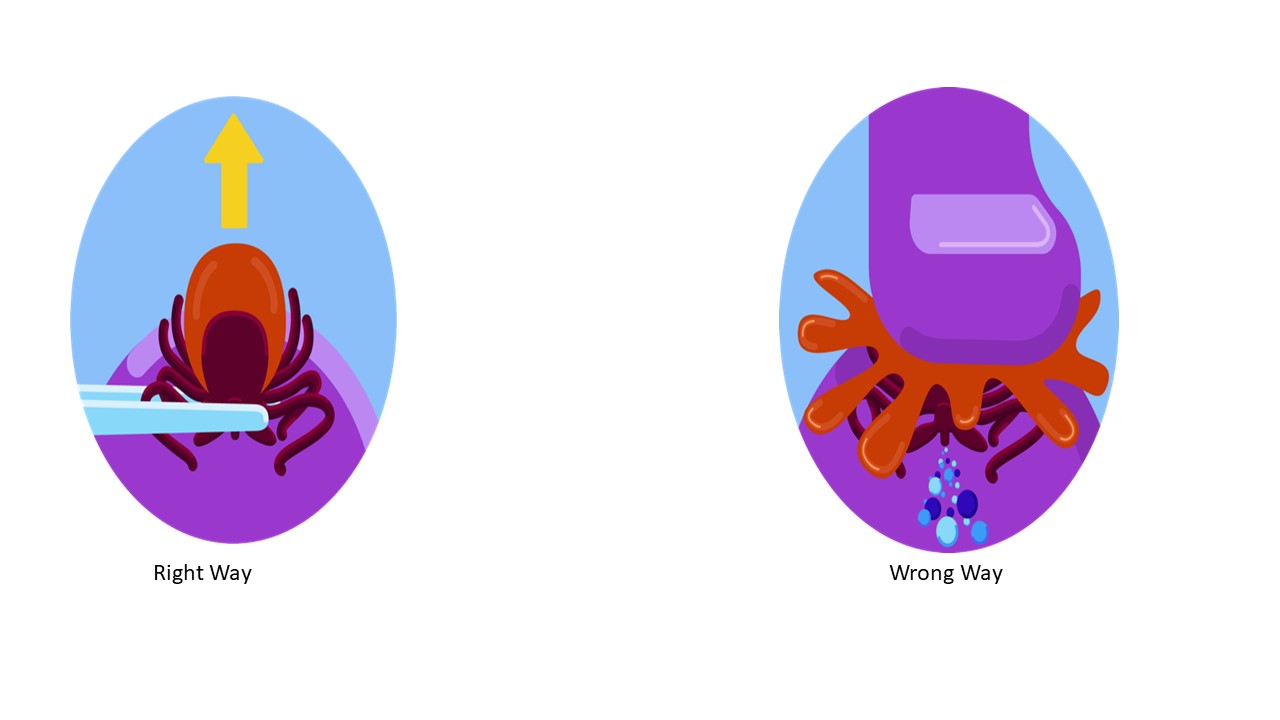 Deer ticks are common across Europe.  However, researchers are monitoring all tick movements across the continent.  There is evidence that climate change is increasing their spread and the risk of new varieties coming to the UK over time.  A matter of concern because of the problems that the tickborne diseases can bring with them. This is true not only to humans but also to animal husbandry and growing crops.  The spread of tickborne disease is being monitored globally.  And, here Alex flagged up that her specific research is focussed on viruses which are carried by ticks.  Her work involves analysis of viruses interactions within host and vector (the organism that carries the virus, so in this case ticks) cells and the diseases’ genetic material.  She is particularly interested in how viruses replicate and cause disease at a cellular level in both tick and host cells.  The university has labs at Garscube where they maintain a colony of ticks which will be used in their research.  It is sufficient to know that when Alex is working with them she is fully togged up with PPE kit to provide protection against nasties!  However, Alex’s talk revealed that her team are deeply involved in public engagement/outreach and they are encouraging people to tweet or email them about their tick related experiences throughout Scotland.  (Twitter@VirusesTickCVR and email: cvr-viruses-tick@glasgow.ac.uk)  This is promoted through many agencies such as The Conservation Volunteers Scotland, Loch Lomond and Trossachs National Park, Walkhighlands, Glasgow Science Centre and many local authorities.

Alex finally concluded by observing that tickborne disease is a growing threat in Scotland.  However, the risk is still small.  We are not to be put off enjoying the Scottish countryside but are reminded to take precautions.  And, if not feeling good after a trip to the countryside, see a doctor!  It could save a lot of grief later because many of the diseases are nasty but can be easily treated at the early stage.  Such a short blog as this can’t do justice to Alex’s finegrained talk especially on the scientific and global dimensions of the subject.  However, the lively question and answer session and personal tales of tick bite experiences, some quite graphic, demonstrated that members’ interest was piqued by the subject matter.  Many thanks, Alex, for an excellent talk!