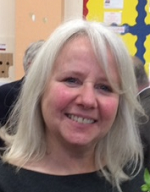 Dermot Kennedy summed it up well in his Vote of Thanks that Dr Christine
Goodall had given the Club a riveting talk. Moreover, that it had left members
with a sense of optimism that current efforts to reduce violence in Scotland
were succeeding.
Christine explained that her first close exposure to violence and injury was
through Maxillofacial Surgery at the dental hospital. She observed ‘repeat
customers’ and felt the need to do something about it. Christine then worked
with others to set up Medics Against Violence (MAV) in 2008 which now has
over 250 members. It collaborates with the Scottish Police’s Violence
Reduction Unit which had been inspired by the success in violence reduction
in Boston in the 1990s.
In 2008 Glasgow was the most violent city in Europe. There were two
interlinked problems, alcohol and violence. An age old problem but worsening
with increasing alcohol consumption. The situation has been aggravated by
the real price of alcohol reducing over time. Sadly the increased number of
discharged victims from hospitals can be shown to coincide with the growth in
alcohol sales. MAV, therefore, has been a strong proponent for introducing
minimum alcohol pricing in Scotland.
Christine showed members a Police Map of gang territories in Greater
Easterhouse in 2004. She shared the insight that the gangs simply enjoyed
violence for violence sake. It was not profit driven as is the case in places like
Los Angeles where the territorial gang warfare is related to the drug trade!
However, there are consequences, namely that youths cannot move around
Easterhouse freely in safety. It also meant that many couldn’t seek jobs in the
new Fort Shopping Centre to their economic disadvantage.
She used the case of ‘David’ by means of a timeline from birth to illustrate the
context of violence and its impact on him and the community. It turned out
that his mother had been an alcoholic and had been subject to domestic
abuse. This had resulted in David moving from house to house in his early
life before he had ended up living with his grandmother. Unfortunately she
was a drug dealer! In short, David’s whole family situation was dysfunctional.
No doubt a major factor turning him into a murderer at the age of 15 when he
stabbed another youth. An unlucky fatal single stab wound to the heart. It’s
clear that David’s luck was against him.
Christine then started outlining the epidemiology of Adverse Childhood
Experiences (ACE) with members. These experiences include physical
abuse, sexual abuse, neglect both physical and emotional, substance abuse,
divorce, etc. Studies have shown that some 70% of the population
experience one ACE in their life. However, about 9% experience 4 ACEs or
more. These children are often found to have medical problems and are
seven times more likely to have been involved in violence in the year before.
An exploration of David’s timeline from birth indicated that he had 7 adverse
life experiences by this stage in his life. In short, he fitted the pattern!
On a happier note Christine told the audience that violence is down 42% and
murders are down 47% since 2008. Knives remain the most significant cause
of violent crime (47%) followed by hitting or kicking (17%). One punch
followed by a hard fall can be fatal. Shooting is only responsible for 2% of
deaths and is related to organized crime. The victims are principally men
except where domestic abuse is involved. However, Christine cautioned that
violence statistics are unreliable. The Police figures are the lowest but only
cover what is reported. Emergency department figures are more accurrate
but still not complete.
In 2017 Christine said that there had been 39 fatal youth stabbings in the UK.
She was pleased to say that none of these were in Scotland. Nonetheless
‘sharp force’ injuries in the UK were down 45%. This difference is being
driven by educating gangs, by engagement with communities, partnerships
(eg MAV working with the Police Violence Reduction Unit), persistence of the
agencies and research leading to innovation. Interestingly, but unsurprisingly,
public anger also plays a part, when innocent victims are involved (Dunblane
being the example par excellence. Perhaps poignantly, Christine’s talk was
given on the 22 nd Anniversary of the Dunblane shootings!).
Christine’s attention then turned to Medics Against Violence’s activities. MAV
engages with schools aiming to influence attitudes to violence among young
Scots. In the last 9 years MAV has spoken to 30,00 young people. Christine
observed that in 2006 there had been 1,000 facial injuries per annum. Last
year there had only been 500, a reduction of 50%. Demonstrable evidence
that MAV and their partners have been successful in increasing awareness of
the consequences of violence resulting in a change of children’s behaviour.
Another innovation MAV has introduced is the Navigator Programme.
Navigators are hand picked individuals who can relate to and communicate
with those who have been involved in violence. It’s not about paper
qualifications but hands on experience dealing with people in difficult
situations; eg previous army training, dealing with patients with addictions,
recovered alcoholics, etc. These Navigators are based in Emergency
Departments where the victims of violence present themselves. Their people
skills are of benefit to the medical teams who can find it difficult to engage at
the right level. The value of the Navigators’ interventions is that it is bespoke
not standardized.
The Navigators’ role basically helps stabilize what are often chaotic
circumstances. Their presence has proved to be a de-escalator of aggressive
behaviour. Staff in turn relate better to victims. It has also improved the
hospital’s staff’s awareness of social issues. Overall this improved level of
communication makes a big difference to all involved including follow up
support in the community.
Christine is to be congratulated on an extremely informative and uplifting talk.
I am sure her former teachers, David Moir and Mike Patterson, are well
pleased by their former pupil! Probus members were clearly impressed.