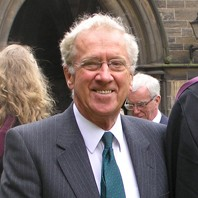 Earth’s last frontier – the depths of the oceans

Perhaps Peter’s key point is that world’s oceans are still largely unexplored today despite the fact that the oceans account for 70% of the globe’s surface.  Indeedserious scientific study of the ocean deeps did not start until the 1870s, a mere 150 years ago.  Intriguingly it was a Scottish scientist and marine biologist, Charles Wyville Thomson, who persuaded the Royal Navy to lend him a three-masted wooden hulled corvette for a study of the ocean deeps.  This resulted in an outstandingly successful four-year expedition on HMS Challenger between 1872 and 1876.  Thomson was rewarded with a Knighthood on the strength of this research.

While knowledge was greatly advanced by the Challenger Expedition, Peter observed that the equipment used was relatively primitive, for instance, a heavy weight to take the cable to the ocean’s bottom in order to measure depth and a dredge to pick up material from the sea bed and some fish along the way.  It wasn’t until the early 1930s that man actually started venturing into the depths beyond the reach of diving suits of the day.  William Beebe, an American naturalist, and Otis Barton, engineer, worked together to develop the Bathysphere made of one inch thick steel with two windows to see life and the seabed.  During an exploration of the depths off Barbados they reached the depth of 3,000 feet.

Peter made clear the risks to the explorers by re-telling the tale of an early test of the bathysphere.  It was launched uncrewed and much to the explorer’s surprise the sphere was much heavier when it came back up.  Beebe could see that it had almost filled up with water but there was still some air in the sphere.  Realising that it must be under great pressure, Beebe cleared the sailors away from the hatch and started loosening the bolts.  One of the last bolts blew out and hit the ships crane many metres away followed by a horizontal column of water.  A great entertainment, if a sobering one, to all who saw it.  However, it didn’t deter many further trips in the watertight bathysphere by Beebe and Barton.

Little progress was made after their research until nearly 30 years later.  Jacques Piccard, a Swiss engineer and oceanographer, with Don Walsh, a US naval officer took up the mantle using a submersible bathyscape called Trieste.  Unlike the bathysphere, the Trieste was ‘free diving’ and didn’t require a cable.  In 1960 Piccard and Walsh took the bathyscaphe to the Challenger Deep, the deepest area identified by the Challenger expedition, part of the Mariana Trench off the island of Guam in the Pacific, and dived to 10,916 m (c 35,813 ft).  The vessel only remained there for 20 minutes but the whole trip took about 9 hours.  So not a trip for someone who suffers from claustrophobia.

A few years later, in 1964, the US Navy commissioned a deep sea vessel called Alvin.  It was designed to replace the bathyscaphe.  It had thrusters which made it manoeuvrable and much more effective for undersea exploration.  In addition, it could carry a crew of three although it could only dive to about 20,000 feet (the average depth of the abyss).  However, this capability still means that it can explore most of the world’s ocean floor.  It’s versatility has resulted in a number of like vessels to be built allowing the acceleration of deep ocean exploration.

So far, so good with this fascinating technology but what has been discovered?  Peter then showed a series of photos of plankton, jellyfish, fish with massive fangs, eels, squid and much more.   What is fascinating is that many have some form of bioluminescence.  One of the photos showed a squid covered in bioluminescent dots so that its whole outline could be seen.  Other fisheshad bioluminescent lures over their mouths, kinds of angler fish, with which to attract their prey.  An amazing image of a fish attacking a prawn was shown.  The prawn escaped by squirting a phosphorescent liquid, not ink, as it made its escape.  Peter had us laughing over another image of a Googly-eyed Glass Squid!  This squid has the gift of being able to inflate itself to a sphere to frighten off predators.  If that doesn’t work it fills its ‘glass’ body with ink and it just merges into the darkness!  However, the laugh out loud moment came when Peter was asked why did all the creatures have eyes in this deep dark water.  ‘Sex!’ was Peter’s quick response.  Once the laughter had died down Peter amplified and said that bioluminescence was critical to food and sex, key to all creatures’ survival and the continuity of the species.

Where the issue of lifeforms became even more interesting was in the vicinity of the hydrothermal vents which were first found in the mid ‘70s.  These mineral-rich vents spew out water about 350 degrees C and give out black or white plumes.  The interesting discovery is that these vents are surrounded by oases of life.  Bacteria and tube worms are found to grow in the warm water and they in turn attract other life forms such as fish, crabs and star fish.  ‘What is the food source?’ Peter asked.  Investigations have revealed that the mineral cocktails spewing out of the thermal vents gothrough chemo-synthesis by bacteria.  Some of these live in symbiosis in the tissues of their host. So nature has found a substitute for photosynthesis in the ocean deep!  In fact, Peter stressed, a complete food chain orecosystem is created.  Moreover, research has revealed that each group of vents has its own unique cocktail of life.  Peter illustrated this with a series of slides showing the different patterns of life.  Perhaps predictably, these vents are found all over the world along the lines of the tectonic plates.  New universes which few people have ever seen close up.

More recently there has been interest from entrepreneurs and engineers to develop more sophisticated deep sea vessels.  James Cameron, the film director, has been fascinated in underwater exploration, including a visit to the wreck of the Titanic.  In 2012 he commissioned a one–man submersible which Cameron and named it the Deep Sea Challenger.  It was the first manoeuvrable submersible that was designed to withstand the extreme pressure of the Mariana Trench. On 26th March of that year, he piloted it to the bottom of the Challenger Deep.  Unlike the Trieste, he was able to stay at the bottom for nearly three hours.  Subsequently, in 2019 Victor Vescovo, a private equity investor and retired naval officer with a spare $48m set up an expedition to explore the ‘Five Deeps’ – the deepest parts in the world’s five oceans.  He commissioned a deep sea submersible along with a support ship to achieve his target.  The purse shaped titanium vessel is self– propelled and manoeuvrable and can take two people to the deepest part of any ocean in the world.  It is designed to make multiple trips.  Soshould anyone feel like trying it out, the vessel can be hired for £750,000 a time.  (Watchhttps://www.youtube.com/watch?v=LKXvdyNz6L8 , a short video of Vescovo’s descent into the Challenger deep and a longer video of deep sea life shot in 2019 by unmanned remote operating vehicles (rov’s) deployed from the EV Nautilus support vessel.https://www.youtube.com/watch?v=woTi–GCzwM)

This is only a flavour of Peter’s excellent talk.  It’s a pity it’s not possible to convey the images of the weird and wonderful creatures of the deep sea.  Spasmodic progress since the 19th Century Challenger Expedition reveals the technical challenges of researching our deep oceans but Peter’s talk shows this can change if you throw resources at it.  Most importantly we all now know a little bit more about the world’s last frontier. Thanks, Peter.