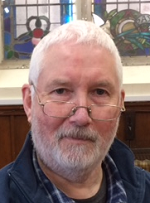 Peter Crilly of the Friends of the Britannia Panopticon Music Hall Trust came to Probus to tell members about the Panopticon’s history. The building which contained the Britannia Panopticon was originally a warehouse in the mid 1700s. However, as the City was rapidly growing in the 19th Century it was converted into a Music Hall in 1857. It could hold 1,500 people. Significantly more than the 120 persons licensed capacity of the Panopticon now that the Trust has installed a bar! The mind boggles!
Peter made his modern audience realize that they were of refined and sophisticated taste. His description of the unwashed, shipyard hardened audience with pockets of horse dung to keep hands warm (the Music Hall lacked heating!) left little to the imagination. It must have been a smelly place. The dung was useful too for acts which failed to come up to scratch! One couldn’t help feel sorry for the orchestra separating the audience from the stage when the ‘ordure’ fell short. During Peter’s description members all but held their noses!
The Music Hall went through a series of managers who all brought their individual flair to the theatre. The last Manager, still within living memory of Probus members, was A E Pickard, an enterprising Yorkshireman (died 1964). It was under his management in 1906 that the Britannia Music Hall became The Grand Panopticon meaning a place to see everything! However, Pantopticon was difficult to pronounce so locally it became known as the Pots and Pans. Few are aware that the word Panopticon stems from a Victorian prison design which gave the guards the ability to see all prisoners’ cells from a central hub in a hollow circular building.
Pickard introduced a carnival with freak shows and wax works in the attic above the auditorium complete with games such as coconut shies, rifle ranges, fortune telling machines, etc. In the basement he installed a menagerie with 40 cages. One of the key exhibits was a chimpanzee, Solomon. Pickard, an inveterate self-publicist, dressed Solomon up in top hat and frock coat and married him to Rebecca, another chimpanzee.
The Music Hall hosted the best known names of the day including Marie Lloyd, Marie Loftus and Harry Lauder. Of great interest was hearing that Stan Laurel, of Laurel and Hardy fame, then known as Arthur Stanley Jefferson, cut his early theatrical teeth in the Panopticon. He was the son of the manager of the Metropole Theatre. Another who gained fame was Archie Leach before he became better known as Cary Grant. Their subsequent film careers indirectly foretold of the death knell of the Panopticon as it finally could not compete with the growth of the movie theatres and closed in 1938. However, not before A E Pickard had managed to buy quite a number of Rolls Royces!
Peter paid tribute to the energies of Judith Bowers who was instrumental in the establishment of the Britannia Panopticon Music Hall Trust along with many other enthusiasts including Peter himself. This was a real slice of Glasgow history. (For more see : https://www.britanniapanopticon.org)