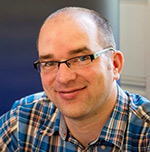 The Rocket that eats itself

Kelvin Probus members now know why the phrase ‘It’s not rocket science!’ gets bandied about so often.  Patrick’s talk on rockets was a no holds barred exposefor a lay audience on rocket science.  This included adetailed introduction to Tsiolkovsky’s rocket equation(1903) which explained why rockets needed to reach 5 miles per second to attain earth orbit.  While this was a bit daunting to the uninitiated, the audience grasped that the modest mass of the exhaust expelled from the rocket engine had to be going very fast to accelerate the bigger mass of the rocket into orbit.  This is helped, of course, by the rocket using up its fuel on the way up.  When all is said and done the payload arriving in orbit is 5% or less of the fuelled up rocket on the launchpad!  This explains why staged rockets came into being just to jettison weight on the way up and increase the payload getting into orbit.  It also explains the objective of Patrick’s research into rockets that eat themselves as they climb into space. This has many benefits in terms of the size of the rocket, its payload and the cost of getting it into orbit.

Patrick’s opening question is why has there been no change in rocket design for 60 years?  The simple answer is that it takes a lot of energy to get a rocket from the ground into a safe orbit around the earth.  And, it is the volume and weight of the propellent needed to thrust the rocket into space which means that rockets have to be big.  There is a choice of propellants which have different characteristics.  This poses a challenge tothe rocket designers.  For example, use kerosene which is dense in energy and has more mass in the plume but its plume is colder and has less thrust.  Or use hydrogen which is lighter, has more energy but less mass and requires even bigger tanks!  The prize is to get the rocket’s tank mass down.

In addition, in order to maximise payload, a lot of effort has gone into staging the rocket’s ascent taking advantage of discarding the excess weight of empty fuel tanks on the way up.  Of course, being rocket science, nothing is simple.  What is the optimum number of stages?  There are issues with regard to the number of engines required, the complexity of the separation mechanisms, etc.  It appears that three is the happy medium.  More stages are theoretically better but it increases the number of things which can go wrong. With staged rockets rocket scientists have to answer another tricky question, should each stage fire up its rocket engines right away or should the next stage only be engaged when it reaches its peak height?  Analysis reveals that it’s best to fire up as soon as possible after the separation to take advantage of the momentum.

At this point Patrick turned to spacecraft architecture.  Early spacecraft were designed for large payloads such as astronauts and bombs.  However, with the miniaturisation of electronics, it is now feasible to design ‘cube sats’ which are 4 inches square but still good enough to do useful work.  While these can be ‘parcelled’ into clusters, even these clusters are small.  To illustrate his point Patrick turned to sea freight showing us the early post war cargo ships being loaded with loose, irregularly shaped packs, boxes etc,presenting dockside crane problems.  Such loads were high risk due to losses, breakage and pilfering.  Move on to the 50s and 60s when the container box arrived.  All of a sudden the risk was dramatically reduced by standardisation as the containers were pre-packed and loaded with purpose built cranes.  Not only was damage risk reduced but the whole process of shipping and insurance became much more manageable.  The parallels with cube sats are self evident where it is the big rockets which are the challenge.  With such rockets, the cube sats have to be grouped to be cost effective, a middle man is needed, there are periods of waiting and delays between launches.  Many things can go wrong. Clearly there is a need for smaller launch vehicles and this is where Patrick’s research is focused.

Glasgow University’s, and its partner’s (Dnipro National University, Ukraine), proposal is to develop a solid fuel rocket engine which also consumes the body during the ascent stage. The scientists exploit the thrust of the engine which acts against the inertia of the rocket body. This creates a compressive force inside the vehicle which pushes the rocket body into the engine.  In short, the rocket eats itself!  The elegance of the concept speaks for itself, where the engine travels along the body which is consumed along with the propellant. Technically the more mass that can be exhausted from the smaller vehicle the better.  It means that there are no scaling issues and the engine runs constantly without stopping as is the case with staged rockets.  If successful, therefore, it will be a game changer.

Of course, this is rocket science, so nothing is simple.  Having a rocket engine which ‘eats’ the body rules out a metal skin.  Patrick’s team propose to use a polymer body which can be consumed.  Polymers, unlike metal, will flex more easily which is an issue for the stability of the rocket as it makes its way into orbit.  Means have to be found which will make the body more rigid as well asproviding improved navigation control systems to cope with more flexing as the rocket ascends.  Patrick is hopeful that throttle curve hot tests in a laboratory will be carried out next year to resolve these issues.  This research enjoys funding support from the Defence Science and Technology Laboratory.

During the Q&A session, Patrick admitted they don’t know all the answers.  However, it was good to hear that Scotland was well placed for launching North South orbiting satellites.  Such satellites are good for survey work because the earth rotates underneath and the whole surface can be surveyed in about 12 hours.  On the other hand, satellites launched into the equatorial orbit are good for communications as they can be parked in ‘stationary’ orbits which helps broadcasting to large areas of the world.  Patrick talked about much more than can be covered in this short blog.  Members heard about such things as Glasgow’s pre-eminent role in building cube sats in Europe, potential Scottish launch sites, the problems of space debris, the challenges of space exploration using robotics, drilling in different gravities and reusable rockets.  The number and range of questions demonstrated how much members had enjoyed Patrick’s talk.  Later discussion during the breakout session also revealed some pleasure amongst members hearing that Scotland was playing a significant part in cutting edge technology both for satellites and rocketry.  Thank you, Patrick.