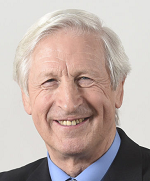 Life is not a rehearsal

Nick’s business background was evident in the thoroughness of his talk on the Royal Conservatoire of Scotland (RCS).  He gave us a passionate exposition of the RCS and its place in the teaching of the arts since 1847.  Its ancestry precedes The Royal College of Music (1883) and RADA (1904).  Nick’s pride was clear when he told us that the RCS is in the top ten performing arts universities of its type worldwide.  He also observed Glasgow is home to most Scotland’s arts and music organisations except the Scottish Chamber Orchestra, so maybe the RCS’ location in Glasgow should not be a surprise.  In normal times there can be as many as 140 events in a week in Glasgow.  The Hydro, our largest venue, has become the second busiest centre of music in the world!  In short, Glasgow punches above its weight in both teaching and performing the arts!

The change of name from the familiar RSAMD to the RCS in 2011, then a bit controversial, was driven by the recognition that the school covers more than music and drama.  It now includes ballet and many skills in backstage technology and design as well as digital television and film production.  Few arts schools match this number of fields.  Many of the names of the RCS alumni tripped off Nick’s tongue such as Alexander Gibson, Hannah Gordon, Ruby Wax, Alan Cummings, David Tennant, Richard Madden and James McAvoy.  Such well known and respected names can do no harm to the RCS reputation.  Indeed Nick said that the RCS attracted students from 61 countries.  A big worry at the moment, because of the possible impact of Brexit on European students and thus the cost of overseas fees becoming a potential deterrent.

The unique DNA of the RCS, as Nick described it, is the staff.  They care about the students and they treat them as equals.  It has a clear dividend in that many of the Alumni return to the RCS and offer support.  James McAvoy has donated scholarships and others such as Sam Heughan (Outlander) and Richard Madden (Bodyguard) have given Masterclasses.  Recently Richard Madden came to the RCS to participate in the Graduation Ceremony.  In addition to his talk at the Ceremony, he had given a Masterclass and took the time to join the students’ celebrations after their graduation.  Impressively, he spoke to each graduate individually.  Also very important to the students is Prince Charles, Patron to the RCS.  He came to see Sam Heughan when he gave his Masterclass.  The Prince’s active support for the RCS is much appreciated by the students.  Some time ago Prince Charles, through the Princes Trust, invited RCS students to mount a 45 minute show at Buckingham Palace And he has made Dumfries House available as a weekend hub for junior strings and ballet.

Nick noted there is presently national concern at the reduction in learning science, technical, engineering and mathematics subjects in schools (STEM).  However, he says that the RCS are lobbying to the powers that be, to focus on STEAM!  They argue that the Arts should take their rightful place in our children’s education.  This is a valuable move at a time when local authorities are tending to drop music as it’s not part of the mandatory curriculum.  In Europe music is still taught in schools and it shows.  The European students coming to the RCS can play ‘automatically’ and they can focus on mood, style and interpretation.  Let’s hope that the message is received by the government and local authorities.  Nick is to be thanked for this excellent talk.