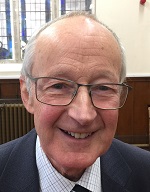 Rowing Clubs on the Clyde

John, is a proud member of the Clydesdale Amateur Rowing Club.  He clearly knew his facts, not only about Clydesdale but of the many other Clubs on the Clyde past and present.  Founded in 1857, a year after the Crimean War ended, it is the oldest club on the Clyde.  John revealed that the founder members had also played a role in the foundation of Rangers Football Club (1872).  He listed Clubs with 19th Century origins all the way from the Firth including Helensburgh, Gourock and Dumbarton to the upper reaches of the Clyde.  Most of the clubs lower down died out in the 1950s and 1960s.

From John’s description it took a strong stomach to row on the river.  Industrial pollution and sewage was commonplace until the 1960s.  His photographs also illustrated clearly the lack of vegetation in these ‘pestilential’ days compared with the post-industrial era where the river’s banks are now clad with shrubbery and trees.  Fish and even a seal are to be found in the river.  Indeed, Sammy the seal is an honorary member of Clydesdale!

From the outset, Regattas took place from Clynder to Glasgow Green.  John had an enormous amount of information on these events including the cost of the prizes.  The Silver Cup used in the 1860s cost 60 guineas.  This was a great sum of money in these days.  John even had copies of receipts for gunpowder and a gunnery officer for the starting gun!  So from the outset, the regattas must have been very special events.  And, indeed, John showed an illustration of the 1862 Regatta from the Illustrated London News!

In 1942 the Glasgow Schools Rowing Club was established.  John showed a photo of the first President of the Schools Club, Colin Murchison.  A remarkable fact as it proved to be the father of our President, Angus!!  By the 1960s there were as many as 20 schools participating in rowing and something in order of 600 active pupil rowers – quite an achievement.

A variety of famous names tripped off John’s tongue starting with Sir Thomas Lipton.  Not only had he rowed on the Clyde but had been a Life Member of Clydesdale.  Diane Hoff aged 55, in 2000 had been the oldest person, and almost the first woman, to row the Atlantic solo – and, curious to relate, a contemporary of Dermot Kennedy at University!  However, it was the ladies names in more recent times such as Olympic gold medal winner Kath Grainger and European single scull gold and silver medalist, Imogen Walsh, that impressed the most.  Both had started their rowing careers on the Clyde.   It demonstrated that the Clydesdale Club and the rowers on the Clyde were still making a positive contribution to rowing in the 21st Century.

So much information flowed out of John during his talk and it is impossible to share here.  However, all were impressed with John’s grasp of his subject and went home feeling they had learned an important part of Glasgow’s history and ongoing legacy.