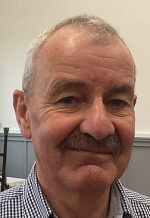 John started his talk off at a rattling pace setting the scene for present day Africa.  He observed that 20 years ago, only 4 African countries were middle income countries globally.  Today 16 are.  Moreover, 6 out of 10 of the fastest growing economies in the world are African albeit starting from a low base.  Another major change is that Africa became urbanised by 2014; ie more than 50% now live in cities!

One needed perspective, John stressed, as the growth and income are not evenly spread across Africa.   Growth in Africa is powered by a) export of raw materials; b) economic diversification; c) currency liberalisation (ie ability to get money in and out of a country); and d) M-pesa (money transfer/ payments by mobile phone).  Of all these, the one with the most impact is the M-pesa because it helps the transfer of cash for payments, deals, transfers, etc at a nominal charge.  Clearly very liberating to countries’ economies as well as empowering individuals and small businesses.

What are the challenges facing Africa? John summed them up as Health, Agriculture, New World Order and International Aid or Investment.  Starting with health, malaria, HIV/AIDS, tuberculosis, sleeping sickness and ebola are the big health problems.  Malaria still kills a large number of children.  In the 1960s sleeping sickness had almost been eradicated but complacency is helping it return.  Poverty and struggling governments are the problem in containing ebola.

John explained the impact disease could have on a country’s economy.  Most eloquently he showed a chart showing the age ‘pyramid’ of Botswana’s population showing the impact HIV/ AIDS.  The lost population was dramatic.  Ironically African countries are increasingly showing evidence of ‘modern’ disease such as cardio-vascular diseases, hypertension, diabetes, etc.  More research is required on the causes but is clear that Africa is having to face new challenges as well as old ones.

Moving on to agriculture John explained that subsistence farming is just not going to feed African countries.  There is a need for more commercial farming and a need for more diverse national economies.  This transition is going to be fraught.

Even before Trump the New World Order was changing as the US played a reducing role in Africa.  Add to that South Africa’s declining role and the international political marginalisation of African countries.  A contributory factor to this has been internal problems of corruption, kleptocracies and state capture of organisations within many African countries.  While China has filled a gap, their lustre has recently been fading due to their unequal deals.  John highlighted this by a funny story of being asked to take UK electrical plugs and sockets to Tanzania.  Although still Chinese made they were to EU standards unlike those direct from China!  He wryly observed that Health & Safety has now become an election issue in some African countries!

John finally explored the pros and cons of Aid or Investment in African Countries.  Since the 1940s it is estimated that some $1 trillion dollars of International Aid has been invested in Sub-Saharan Africa.  It has fostered corruption, reduced national saving and investment, has been inflationary, absorbs capacity and maintains dependency.  John compared Zambia and Malaysia.  The latter has not received International Aid but its economy has gown 12 fold in 20 years compared with Zambia’s.  So what’s to be done?  In John’s view, it’s time for the International Community to serve notice that in 5 years time, say, they will start terminating Aid and encourage them to invest in their own countries.

In his conclusions, despite the challenges facing Africa, John is now more optimistic for the future.  He sees a growth of responsibility and self-determination.  There has been an increase in democracy and accountability.  New leaders are emerging.  He feels that an African renaissance is taking place.  Still, he is under no illusions, there’s still a long way to go.

John’s talk was pumped full of information not able to be repeated here but it gave a great cross section of what’s happening in Africa.  No member went home not having learned something new.  This is a positive outcome, thanks, John.