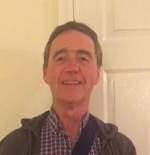 The Challenge of being a Parish Church Today

Joe Kavanagh, Minister of Mearns Kirk Parish Church, caught the zeitgeist in his talk as churches and other community based organisations face declining membership.  Joe reflecting on his ministry, takes the view that keeping relevant is key to helping people.

Up front Joe set out his context.

The character of the Church of Scotland was established by John Knox at the time of the Reformation in the 16th Century.  It’s mission was to help people, an example of which, were the Parish Schools.  This was encapsulated in the Church of Scotland Act of 1921 where it was defined as representative of the people, not just members, through a territorial ministry for all.  In short, the Church of Scotland was, and is, part of Scottish life and it helped shaped Scotland.  However, membership has dropped fourfold since the 1960s to 325,000 today.  Joe observed that today one third of the churches is keeping the other two thirds going.

The Mearns Kirk Parish Church has three main strands of community related activity.  A Friendship Club, a Bereavement Support Group (BSG) and a Lunch Group.  The Friendship Club meets bi-monthly and helps overcome social isolation.  The origins of the BSG stretched back to Joe’s ministry in Girvan.  It aims to help people of all Faiths and none to cope with living with their loss.  Joe noted Mearns Kirk’s Advent service, Remembering Those We Love attracting people who have been bereaved for 25 years.  As Joe put it, the support given is much better for some than anti-depressants.

The Lunch Club is for people with dementia.  The Club doesn’t merely provide lunch but a number of therapies including art, music and dancing over the four hour visit the patrons make.  Some of the volunteers at the Lunch Club have completed studies with Stirling University which is a leading research centre for Dementia Studies.  Joe has a great team and is pleased that the Club is being modelled by other places.

The Church is exploring other initiatives.  In order to do so a Charity called Mearns Kirk Helping Hands has been established.  The arms length arrangement assists fund raising as some organisations’ constitutions don’t permit gifts to religious organisations.  It aims to help people in all sorts of practical ways in relation to physical, social and mental health wellbeing.  In doing so it seeks to plug gaps in the provision of such within the community.  The well established work of MKHH has at the moment been affected by the pandemic but it still seeks to do what it can through the use of technology.  They have been gifted a minibus by ASDA and funds have been received from the Robertson Trust and Whitelees Community Fund.

Joe, like the rest of us, is keen to get back to ‘normal life’.  He feels that the crisis has revealed the emergence of a strong sense of community.  Underlying it he senses a growing sense of spiritual hunger.  Time will tell whether the pandemic has a lasting impact and whether it will result in transformational change in our Parish Churches in the years ahead.  For Joe, and Mearns Kirk Church Parish, it won’t be because of the lack of effort.  Thanks for the interesting and thought provoking talk.