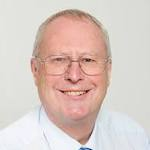 Professor Sir James Hough : Ripples from the dark side of the Universe

Sir Jim’s fascinating talk on gravitational waves stretched everyone’s brain cells.  He started with a simple explanation of how Black Holes are formed and finished by observing that the physicists have discovered things which don’t fit with existing theories and the current understanding of the universe.  These findings have emerged from the discovery of gravitational waves with incredibly sensitive equipment partly developed in Scotland at Glasgow University.  While it appears Newton’s theories on gravity were good for about 200 years, Einstein’s more refined theories appear to being challenged after a mere 100 years or so!  However, for fear that all this rarified science was seen as a waste of time, Sir Jim highlighted a number of practical technical spin offs in use today such as much improved retinal scanning analysis, high precision bonding and stem cell differentiation.

The potential for black holes has been speculated about since the 18th Century based on Newtonian Gravity theories.  Similar speculation occurred using Einstein’s theory of relativity.  However, the first ‘deduced’ black hole was identified through an X-Ray telescope in 1971.  Despite growing evidence of Black Holes since that time, many deniers continued to pooh pooh them as recently as 20 years ago.

Einstein had made the exciting prediction of gravitational waves from his relativity theories in the early part of the 20th Century.  However, they were predicted to be very weak and Einstein felt that they were too weak to be of interest.  It wasn’t until the late 50s that British physicist, Felix Pirani, explained how gravitational waves would make particles move and that research was started to find gravitational waves.  Early experiments in the late 60s in the US found nothing that was statistically significant but highlighted that far more sensitive instruments were required if there was to be any hope of identifying gravitational waves.  Glasgow’s research started in the early 1970s using aluminium bars sensed by vibration transducers then to making use of special lasers of a type developed by Barr & Stroud.  Sir Jim showed how laser beams from two perpendicular directions combined at a mirror could go in and out of synchrony as the ripples of gravitational waves passed through the detector.  We learned the detector was made of a silica material similar to the crystal glass of whisky tumbler which, if struck, gives a nice ping.  This resonance is a key factor in making a better detector.

While this very sophisticated work was ongoing to develop very sensitive detectors to react to these weak gravitational waves, a lot of effort was also going into finding places to locate the observatories which needed flat sites where kilometres long tubes could be constructed to contain the laser beams.  Glasgow University at one point explored using the bed of the former Balloch – Stirling Railway Line but the relevant funding agency in the UK ran out of money before it could be built.  It became clear that such research had to be resourced internationally to build observatories which had the sensitivity to detect gravity waves.  Over the years there have been many international collaborations.  By the 2000s researchers at Glasgow University and other UK and German institutions found themselves working with colleagues at Caltech and MIT.  The University researchers had developed much more sensitive instrumentation than their US counterparts.  Thus in a collaboration with Glasgow, the Americans were delighted to incorporate Glasgow University’s systems into their advanced Laser Interferometer Gravitational-Wave Observatory (LIGO).  It was through the US LIGO observatories that gravitational waves were first detected at Christmas-time 2015.

From a bystander’s point of view, it is amazing to see how much time and effort went into finding gravitational waves.  More than 50 years passed from the time it was first suggested that it should be possible to detect gravity waves until they were actually detected.  And, it’s more than a 100 years since Einstein said such waves existed!  It takes a special courage to continue carrying out experiments over that length of time without concrete results.  Sir Jim and his Glasgow team are to be congratulated for their stamina.

It is hardly surprising then, when a tangible result was detected in 2015, that there was great excitement.  Positive proof existed for gravitational waves from the merging of two black holes 1.2 billion light years ago when there were only single cell life forms on earth.  The discovery dominated the news for a few days even getting a lighthearted mention in Private Eye!  ‘No light was shed from the mass of newsprint given to the discovery’ it stated on the detection of the gravity waves.  A reflection of the mysteries of astrophysics in the public mind.  Of course, many honours followed the discovery including the awarding of Nobel Prizes to a number of the key players.  One of the scientists, Kip Thorne, found a new part time career in becoming a technical adviser to the movie industry for SciFi movies – an accolade in itself!

Since 2015 there has been continuous improvements of the detectors.  More black hole mergers have been observed including a neutron star merger which has a different ‘footprint’.  Indeed so many gravitational wave events have occurred that they are able to be profiled and reveal new secrets.  Interestingly many of the results don’t fit current theoretical understandings so it looks like the enhanced gravitational observations have opened the door to another century of research.

Newton’s theory of gravity was good enough to get men to the moon and back.  Einstein’s theory of relativity explains how gravity is observed to bend light and why the orbit of Mercury around the sun appears ‘erratic’.  It also explains the existence of gravitational waves and will continue to do so.  However, the new LIGO observations of gravitational waves have revealed more things which can’t be explained by these earlier theories.  So Sir Jim and his fellow physicists have opened a Pandora’s Box of mysterious objects which should keep physicists happily occupied for the coming decades.

This blog does not do justice to Sir Jim’s informative talk.  It only serves to give a flavour of his broad ranging look at Black Holes and gravitational waves.  Sir Jim shared so much more.  Members have been privileged to be have been taken to the cutting edge of physics, knowing what had once been taken as gospel is now subject to challenge.  And, importantly, made aware that Glasgow University is in the forefront of this new research.  Thanks are due to Sir Jim for letting us glimpse this new era.