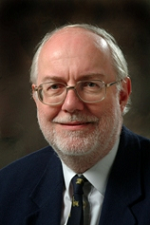 After graduating in Medicine from St Andrews and Dundee Universities, Gordon joined the University Department of Medicine at Glasgow Royal Infirmary in 1974, training in general medicine with interests in haemophilia and thrombosis. He was appointed consultant in 1985; Co-Director of the West of Scotland Haemophilia and Thrombosis Centre in 1987; and Professor of Vascular Medicine in 1993.  He promoted evidence-based clinical guidelines, consensus conferences, and clinical audit, as Assessor of the Royal College of Physicians of Edinburgh; and as Chair of the Scottish Intercollegiate Guidelines Network (SIGN).

Retiring in 2009, Gordon became a council member of Chest, Heart and Stroke Scotland; developed his interest in history of Scottish medicine; and is Vice-President of the Scottish Society of History of Medicine.