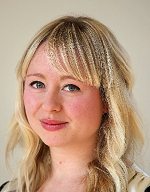 Tales of a Herald Reporter

Catriona made clear right from the beginning of the existential threat facing newspapers.  Last year she went to give school girls a talk on Women in Journalism and asked the girls how many read a newspaper for their news?  Not one hand went up!!  Catriona was comforted to see that the same question to Probus members elicited a more positive response.

The school girls’ response clearly indicated the degree to which younger people rely on social media for their news, if at all.  A source which is unburdened with a need to confirm the accuracy of the stories placed on the internet spreading ‘fake news and alternative facts’.  Something which dogs the dissemination of news today and confuses all of us.  Catriona’s talk also pointed to the loss of advertising income to the internet giants.  This means that historic newspaper staffing levels cannot be maintained, and as a consequence, a contraction in the news which can be covered.  This is especially true of community level news which Catriona is very passionate about.  Here she illustrated her point by talking about her experiences in Govanhill.

Catriona entered her career by serendipity.  She had a temporary job in a café close to the Herald Offices and STV studios in the City Centre.  She found herself chatting to Shereen Nanjiani one day and ended up being offered a work experience opportunity in journalism.  And, the rest, as they say, is history!  Catriona started work at the Daily Mail and worked her way up from the bottom.  She shared a wide range of experiences with members including the most sensitive one of making contact with relatives of recently deceased.  To her horror on one occasion she got to the front door before the relatives knew!  Court work was also an important element in her early training.  Something Catriona still does because of her knowledge of law and shorthand skill.

Ironically, looking back, Catriona felt that her job in the café often resulted meeting more famous people than in her current job.  However, the news industry was on the cusp of change.  When Catriona started liquid lunches amongst the journalists were still commonplace.  She could remember an occasion when David Cameron was visiting a pie factory in Sighthill one afternoon.  Cameron was going up and down the line giving journalists an opportunity to ask questions along the way.  Catriona, with a touch of Dutch courage, asked him about his views on the Glasgow Airport Rail Link.  Unfortunately, Cameron had no knowledge of the project, so a conversation stopper!

Catriona then turned to Govanhill, or as it has sometimes been labelled, GovanHell!  The area has a large ethnic population and has experienced mass overcrowding with slum landlords having a field day.  Excessive subdivision and cowboy repairs became common place.  More than 50 nationalities live in the area and more than a hundred languages are spoken.  It has the largest Roma community in Scotland and the 2nd biggest in the UK.  (Possibly unintentionally aided and abetted by a direct Ryanair flight between Glasgow and Bratislava!)  Unsurprisingly the local community became concerned at the exploitation of the Roma community.  These concerns triggered two responses, one from the local authority and another from the community.  Glasgow City Council and the Scottish Government established an ‘Enhanced Enforcement Area’, the first in Scotland, to allow them to intervene.  This permitted them to repair and factor properties and, on occasion, to take over properties through Compulsory Purchase powers.  However, while an improvement, it’s not enough.

Of greater significance are the human dimensions to the Roma community.  Many local fears have been triggered by apocryphal stories such as selling children in the streets, eating the ducks from Queen’s Park and the custom of Roma people clustering in the street to chat.  These fears have been fanned by baseless videos made by bad actors happy to spread hostile misinformation on the internet.  With language issues, the Roma community is voiceless to challenge these concerns.  Here Govanhill Housing Association have been working hard to manage these problems.  They have called local gatherings including the Roma community to brain storm solutions.  Translators are brought into to bridge the communication gap.  Such meetings made clear that the Roma community were unaware of how the local community saw them.

These initiatives have been paying dividends.  It contributed to the establishment of a dedicated Roma social work team and involvement from both the City Council and the Housing Association to address the issues.  Local schools have adapted their practices to be more inclusive of the Roma community.  This is supplemented by employing a translator at school to help disseminate information.  Over time there is evidence of property improving, a dropping crime rate and kids starting to go to the secondary school.  Catriona, in her role at the Glasgow Times repeatedly takes on the rumours about Govanhill and challenges them. She checked out the rumours such as the selling children in the street.  This, for example, revealed a misunderstanding where a local resident thought a Roma man was trying to sell her a baby when he said, “£10 for the baby”. But this wasn’t a price, it was a ‘starter for 10’ in trying to get people to dip into their pockets.  However, despite the Times’ efforts to defuse and eliminate these stories from local folklore, malicious social media postings contribute to such stories persisting.  So much so that now a Far Right candidate is standing for office in the forthcoming election.

Catriona, in wrapping up, finished by observing that Govanhill is an example of how things can go wrong with bad journalism.  There is a need to keep to the fundamentals based on evidence rather than rumour.  Consequently she is very proud of her role in revealing the truths of the challenges facing both the Roma community and Govanhill as a whole.

On returning the control of the meeting to Douglas our President, there was a flood of questions from members.  This included what action did the Council take on slums and the enforcement of rules on school attendance?  The effort which went into confirming the facts and the ability to counter fake news and misinformation?  And, what about dirty tricks and the influence of the ownership of the press?  And so on! Always a sign of an interested audience.  So thanks are due to Catriona for a very enjoyable and thought provoking talk.