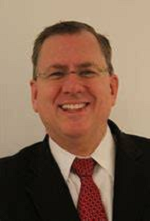 A Spell in Somalia

Full of dry wit, Bob Scott’s talk proved to be a fascinating insight into living as a doctor in a war torn country in Africa.  He set the scene by giving a potted history of Somalia and brief description of its geography, its peoples and the impact of geopolitical change.  His tales in adversity and danger moved members for their humanity.  Bob’s experiences were a tribute to his fortitude living in such very basic circumstances while providing personal medical care to the Somalis.  This author suspects that most members were thinking ‘jings, crivvens and help ma boab, Glasgow’s not so bad after all’.  In his concluding remarks, Bob sadly observed that humanitarian workers had increasingly become targets to the rebel groups, not just because they are working in unstable environments, but because of the perceived erosion of neutrality of Aid Agencies working in concert with national governments.

Bob turned to Lawrence of Arabia to find a way of describing what Somalia feels like:

‘By day, the hot sun fermented us; and we were dizzied by the beating wind. At night we were stained by dew, and shamed into pettiness by the innumerable silences of stars.’  In short, Somalia is a harsh place to live – hot, liable to drought and dust storms and flooding rivers when the rains do arrive.  Bob’s accommodation was basic.  He was happy to have a mosquito net for his bed, a paraffin cooker in the kitchen, no running water and he had an ‘upmarket’ VIP latrine.  That is not a Very Important Person Latrine but a Ventilated Improved Pit Latrine.  It turned out that it was also the home of a host of giant red cockroaches.  One could be in no doubt that Bob is a resilient character.

In the Middle Ages Somalia had been a powerful Sultanate not the quintessential failed state we think of today.  However, in the 1960s, with the ending of the 19th Century British and Italian colonialism, a military coup occurred in 1969 head by Siad Barre, an archetypal African strongman.  His 20 year rule was characterised by persecution and murder.  Barre’s regime finally collapsed in 1991.  Somalia was then consumed with a civil war amongst the clan system which is riven with intense family loyalties.  It was during this time that famine descended on the country and hundreds of thousands died.  The UN mounted a relief effort in 1993 but withdrew two years later when order wasn’t restored.  The US military were involved in this initiative.  Members will remember the Black Hawk Down incident which resulted in 19 soldiers dying.  Bob noted that this incident proved a watershed to the USA which as a result became increasingly reluctant to have anything more to do with the continent!  Since then China has filled a large part of the vacuum created.

Five years after a ‘never again’ trip to Somalia, Bob found himself talking to Dr Basil King, the coordinator of the African Medical Research Foundation, in Nairobi.  (AMREF – also known as the East Africa Flying Doctor Service).  He was seeking to persuade Bob to take up a doctor’s post in Luuq, a regional capital about 250 miles North West of Mogadishu in Somalia.  Basil made a really hard sell, he told Bob ‘Luuq is about the worst place on Earth in terms of law and order, civil administration, education, nutrition, health care, communications …..oh, and pretty well any other basic needs you can think of!’  He also revealed that his predecessor had quit Luuq after 24 hours!  Despite all these disincentives, Bob took up the baton and found himself working in Somalia.  He shortly after discovered that surface travel was so dangerous from marauding gangs that AMREF flew their personnel in and out by air.  A cool way to commute said Bob.

Bob’s description of Somalian health challenges of childbirth, malaria, dysentery, TB and wounds, often from anti-personnel mines was resonant of 17th Century Thomas Hobbes’ view that life is ‘poor, nasty, brutish and short’.  Life expectancy in Somalia is about 50 years and about 15% of children die before the age of 5.  To cap it all, in Somalia men have a relatively easy time of it compared with women and children.  In essence Bob’s medical care was focused on childbirth, disease and mutilations, accidental and otherwise.  To add spice to this, all Bob’s activities were woven into a tapestry of working with the ‘bad guys’, the Islamic Fundamentalists!  Bob pithily summed them up as having an obsession with men and women’s gaze, gait, garments and genitalia.  This meant that Bob required his own bodyguard, Diri, who slept outside his room.  Bob paid him US$90 a month, all the time worrying if someone might make him a better offer!

AMREF worked alongside MEMISA, a Dutch NGO which meant that Bob wasn’t totally bereft of European company.  Their team comprised two nurses and a GP plus a Kenyan Builder who was supposed to be rebuilding the hospital.  It was clear that these Dutch colleagues were as mentally resilient as Bob.  However, one succumbed to Malaria and dengue fever, another to malaria and both ended up being repatriated home.  The other Dutchman, a male nurse, after a stint in Rwanda ended up in Spain as chief executive of Medicos Sin Fronteras (MSF) in Spain.  The poor builder never did manage to rebuild the hospital.

Over time the delivery of health care has become less safe.  Humanitarian teams are now often viewed as targets.  In every year since 2013 more than a 100 have been killed every year and double that have been physically injured.  One reason for this is the blurring of the boundaries between the governments and the aid agencies responsible for providing help.  Aid agencies are therefore no longer seen as neutral.  In addition, the fashion for ‘embedding’ journalists with the military often attached to humanitarian initiatives contributes to this particular problem.  It also undermines the efforts of the fiercely independent journalists such as Marie Colvin who was hunted, targeted and assassinated by the Syrian Government.

All this caused Bob to pause and question whether he is being carried away with self-righteous indignation.  One of his key questions was ‘Does it simply perpetuate a culture of dependency and encourage corruption?’  Yes, quite possibly, thinks Bob.  Nonetheless, he is of the view that wiser words than any of his can at least point us towards the counter argument.

Here Bob’s reflections overlap with a talk Probus received in 2019 from Duncan McLaren of SCIAF.  Duncan had spoken about tackling disasters in developing countries.  His view was charitable organisations should seek to transform rather than give charity.  SCIAF experience has shown them that providing aid is not enough.  As a result SCIAF and their collaborators now phase their approach.  Firstly providing immediate relief to the crisis, eg shelter, water, food, latrines, etc followed by rehabilitation of homes, schools and clinics and then, through self help, transform communities to become more self reliant and resilient.  This resonated with Bob’s strong view that the Somalis have to be in charge of their own solutions.

It hasn’t been possible here to cover many of Bob’s shared experiences such as the impact of malnutrition, the challenges of distributing food, immunising children, competing with Witch doctors, crocodiles, pirates and staff recruitment.  This is not to mention Bob seeing cases of advanced medical conditions that he had only seen previously in textbooks!  If you want to know more, read Bob’s book, A Spell in Somalia (See details below).  Bob is to be thanked for his enjoyable thought provoking talk.

(Amazon : https://www.amazon.co.uk/SPELL-SOMALIA-Bob-Scott/dp/1549960733)  NB All royalties from sales of this book will be donated to the Tiyanjane Palliative Care Service in Blantyre, Malawi. To see how your money will be spent, take a look at https://www.youtube.com/watch?v=Ay4-3m-MXCU