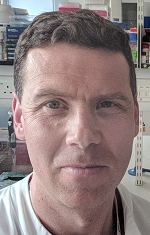 Professor Andrew Roe : Aversion therapy: a new approach to treating infections that are resistant to antibiotics

Professor Andrew Roe threw members in at the deep end.  On the basis of current trends, increasing antimicrobial resistance (AMR) will kill 10 million people a year by 2050.  If anyone was in doubt, Andrew showed a photograph of a patient who had one lung removed because none of the antibiotics available could cure the infection.  A scary choice for anyone to make.

This was Andrew’s introduction to the research his team are engaged in – finding ways to tackle this growing threat of AMR.  He sees it as one of four challenges facing the world. Namely,

The last challenge, although not new, has recently come to the fore with the rapid growth in the use of social media.

Andrew took a step backwards to acknowledge the contribution of Sir Alexander Fleming to the discovery of penicillin in 1928.  Before antibiotics came into regular use, even the least of infections could kill.  It took until the 1940s before it could be manufactured in volume when it made a big difference to treating infections during the war.  However, even at the outset Fleming anticipated the dangers of resistance and advised that use should be restricted to a known purpose and the course of treatment shouldn’t be too little or too short.  Advice which is much ignored around the world.  Andrew showed a map of the United States which gave an indication of the number of prescriptions of antibiotics per thousand population by State.  It showed a wide variation in usage at State level but it’s clear that antibiotic use in many places is cavalier.  So it’s easy to appreciate how AMR can develop so quickly.

To emphasise how critical antibiotics are to our health and wellbeing, Andrew described the timeline of relevance starting with childbirth and neonatal care, moving on to accidents, traumas and surgery in adult life and then our senior years when we are facing cancers, pneumonia and transplants.  There is also a parallel path for our pets and farm animals which are important to us.  In short, anything which affects the efficacy of antibiotics, threatens not only our lives but the world’s population and farming livestock.  Andrew’s reference to the premature deaths of celebrities such Roosevelt, Schubert and Chopin pre-antibiotics revealing that status and privilege are no guarantees of protection from bacteria if AMR grows unchecked.

Andrew explained resistance to antibiotics comes about by a process of Natural Selection.  Within a bacterial infection there are millions of bacteria and there are always variations amongst the bacteria.  There only needs to be a few resistant bacteria and they will survive to replicate even although those bacteria vulnerable to the antibiotic die.  This happens very quickly as bacteria populations double every 30 minutes!  In short, antimicrobial resistance is inevitable.  Research shows that most antibiotics have an average timeline of about 10 years before they lose their effectiveness because of AMR.  Of greater concern is that the spread of resistance is global in its reach.  Studies have shown that from resistance to the first use of an antibiotic in India, it reaches Europe within a year and is worldwide within 3 years.

So it’s important to think global when addressing AMR.  Here Andrew delivered a sobering perspective.  At present little is being spent on AMR research and development.  For instance, in the US $14 billion is being spent per annum on HIV and $26 billion on Cancer, while only $1.7 million is being spent on AMR.  Why is the case?  Simply that antibiotics are cheap and not good for generating profits.  Andrew observed that the big Pharma companies spent 20 times more or marketing than research and development.  This limited research is focused on chronic diseases such as arthritis, asthma and colitis which have the promise of long term treatments.

So it’s time to look for new ways to tackle AMR.  As an example, Andrew unexpectedly started with alligators!  Basically these animals live and fight in swamps which are rich in bugs. Yet the gators don’t die from open wounds – they heal up very effectively. Researchers have looked at their blood and found novel components that help fight off infections.  They call the compound “crocosin”!  The lesson from this is that many species which live in dirty microbial rich environments, have natural defences against bacteria that we haven’t looked at before.  These are now being actively investigated to find potential therapies (eg dung beetles, rats).

Thinking differently like this is focused on understanding how bacteria work and then identifying ways of attacking them by blocking how they work rather than killing them.  He described this as ‘aversion therapy’ where the objective in treating bacterial infections is to reduce toxins.  Here he referred to a strain of E. coli O157, known as the ‘burger bug’ which produces a Shiga Toxin.  This toxin can’t be tackled by antibiotics because it increases the toxins generated and makes the infection even more lethal.

This new thinking has sent Andrew and his team looking for compounds which will interfere with the way the bacteria cause disease.  They have found a compound Aurodox found in the soil that prevents the bacteria binding to human cells.  It offers a potent “anti-virulence” approach to tackling infections.  Although Andrew didn’t mention it, searching for compounds in the soil must be safer than looking in alligator infested water!

Andrew concluded by observing that AMR is a huge challenge.  His team’s work is only at the beginning of finding solutions to tackling antibiotic resistance.  The global response needs long term investment and a long term strategy if AMR is to be effectively tackled.  Governments need to promote innovation and accept that risks and failure are inevitable along the way.  This all takes time but we should recognise the clock is ticking!

This talk has given members a fascinating insight into the way the risk of antibiotic resistance is being addressed and how long term success might be achieved.  Inevitably this brief blog couldn’t go into all the technical detail’s Andrew shared but it is hoped it gives the reader a flavour of the way ahead.  We are indebted to gaining Professor Andrew Roe’s lucid insights.  For further reading see : https://news.harvard.edu/gazette/story/2016/09/a-cinematic-approach-to-drug-resistance/