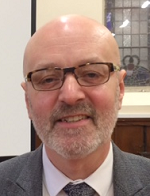 Paisley’s Bid for the UK City of Culture 2021 : Alan McNiven

Alan McNiven, Chief Executive of Renfrewshire’s Third Sector Initiative ‘Engage Renfrewshire’ said he found it difficult to be magnanimous towards Coventry, the City which won the UK City of Culture competition, immediately after the announcement. However, within a day the Renfrewshire Partnership was committed to harness the momentum of their bid.
The competition is run by the UK Department of Culture, Media and Sport.  It follows in the footsteps of the successful European City of Culture Competition which Glasgow won back in 1990. The Department’s trigger for a UK competition was the successful Liverpool EU City of Culture in 2008.  They decided to have a four yearly competition in parallel to the EU’s. Londonderry was the first UK City of Culture in 2013 and then Hull in 2017.
When the Council announced its intention to bid for the UK City of Culture Bid, there were local chortles – Paisley a City of Culture!?!  However, by the time that Paisley’s bid was included in the short leet, UK naysayers against Paisley found their views rebutted through social media by the local community.  This was a great surprise to the bid team but also a great pleasure! It showed that the Paisley buddies had taken ownership of the bid for the City Culture.  At the height of the bid process about 34,500 people had been involved!
The Partnership’s objective is to deliver a Culture Led regeneration.  A recognition that previous efforts to restore the retail vitality of Paisley Town Centre was a non-starter in the face of competition from Braehead, Silverburn and other competitive centres.  The aim is to increase the footfall on the High Street by developing an Arts Centre, revitalising the Museum and building on the University of the West of Scotland as well as increasing the number of eating and drinking places along the High Street.
Renfrewshire has already benefited from the raised profile generated by the bid. There are some green shoots such as Paisley establishing itself as the UK start for the Monaco Rally, winning the next British Pipe Band Competition on land close to the M8 gifted by Coats (a source of continuing support to Paisley) and there’s even a self generated Opera Company which has been a sell out over its season.
So even in the absence of the City of Culture accolade, the Renfrewshire Partnership plan to continue investment and aim to increase employment and apprenticeships and, with Paisley’s raised profile, attract more visitors with Paisley’s recently publicised historical legacy not widely recognised.  Alan believes that the bid process and ‘machinery’ put in place had put the Partnership in a strong position to deliver much needed change in Paisley  Alan noted one of the bid’s commentators observed Paisley had acquired Visibility, Capability and Possibility!  “Our Journey continues” concluded Alan.
Alan’s talk generated a lot of discussion from the members, a sign of an excellent talk.  Shaun Digges suggested that maybe Paisley with its good transport links and land gifted by Coats should bid for ‘T in the Park’.  A positive thought for Alan to take away!