This walk was supposed to be Cambuslang to Tollcross Park and on to Carntyne station, but, due to a powerline failure at Hyndland and a landslide near Anniesland, our eight walkers were instructed to take the first train to arrive at Hyndland Station or we might not get anywhere!  We ended up on a Queen Street train and decided to “wing” our way to Blairhill Station. 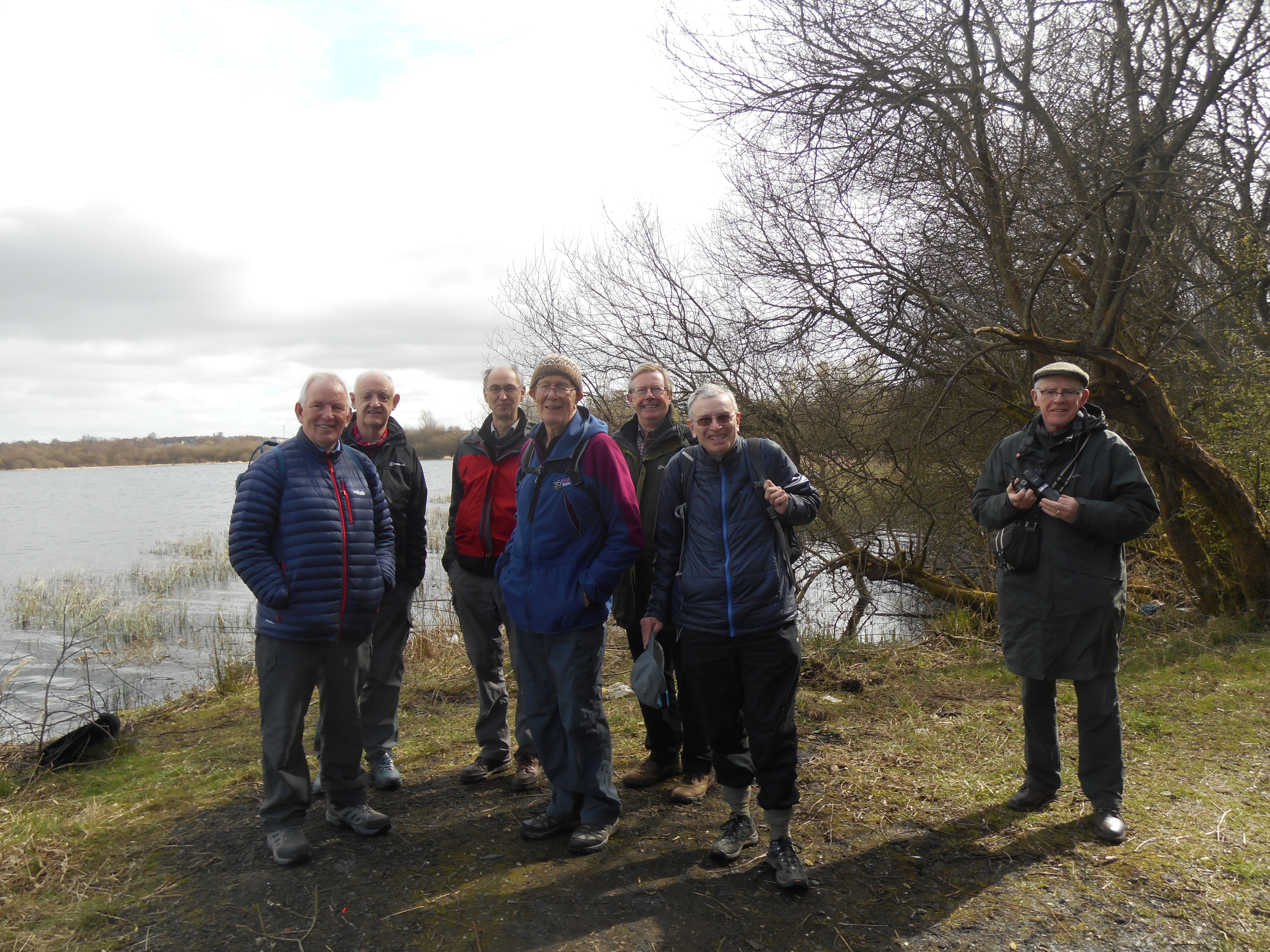 From here we proceeded to the canal which we followed for half a mile before crossing over to follow the railway line which led us to Drumpellier Park.  We skirted the park, before heading through to Lochend Loch. 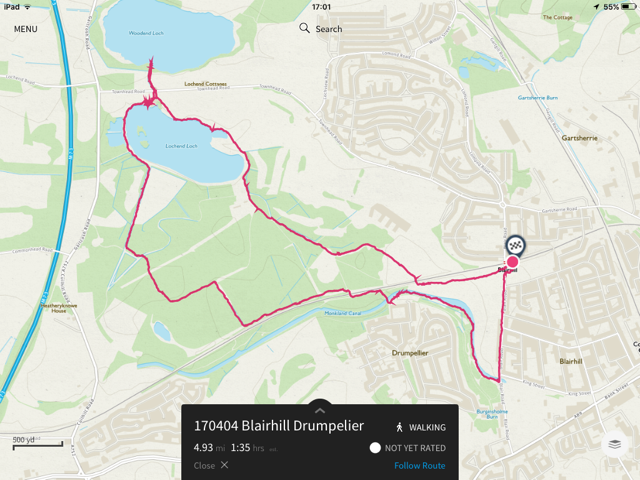 We continued clockwise round the loch to the visitor centre where we had a “tea break” before popping across to view Woodend Loch.  Back to Lochend loch, we continued round passed the site of an ancient Crannoch which is being remodelled as a children’s playground, and then on through the park and back to Blairhill Station.  (Note: the station is one stop past the £1.30 concession fare from Hyndland)